If you are a detail oriented person, is it difficult for your boss to understand what it really takes to get her great idea done and out the door? Does it drive you crazy to start something new when you haven’t finished with her last great idea?

If you are a Big Picture person, does everything take longer than you think it should?

In this mini-series, we ask, and do our best to answer: how can we help big-picture thinkers and detail-oriented thinkers work together like a well-oiled machine?

Let’s first explore the Ying and Yang of Big Picture People and the Amazing Prowess of Detail-Oriented People. Then we’ll nail down tactics to get these superpowers to enjoy the way they work, together.

What it Can Feel Like to be a Big Picture Person

Many people who describe themselves as “big-picture people” (the BP’s) will tell you they struggled in school or even within their own families.

Why? Because they were constantly chided for being procrastinators, never finishing what they started, always creating emergencies (not being thoughtful of others), having a lack of focus… you get the idea.

Generally speaking, school is designed to reward finishing work (starting it doesn’t get you points), and producing detailed work (“show your work”). It can be difficult for a big-picture person to thrive in this type of environment when she feels like a fish out of water – one could see where a student like this would feel like she doesn’t belong, because she’s is very unlike those who receive the most brownie points..

Basically, “big picture” people may have often been berated throughout their lives. Some, unfortunately, may have even come to feel they have some sort of “deficiency,” when there could be nothing further from the truth!

Big-picture people tend to be strategic thinkers. They are typically filled with ideas. They are often the visionary behind a successful organization or the motivator that leads an efficient team.

The Amazing Prowess of Detail-Oriented People

On the flip side, to big-picture people, by virtue of having an idea, everything else feels like just an implementation detail. This mindset, can make a detail-oriented person tasked with helping to fulfill that vision feel undervalued or under-appreciated.

If a big-picture person has an idea, it seems so simple to them – just execute! While they may think they know, big-picture people are often not really aware of (and in many cases, are clueless as to) what it takes to execute an idea well. At the point of the hand-off, the big-picture person thinks their work is done, and they are ready to move on to their next great idea. Really! How overwhelming could that be to the person on the receiving end of all that boundless energy? It reminds me of the “I Love Lucy” episode where Lucy couldn’t wrap the candy coming down the conveyor belt fast enough – talk about stress.

Detail-oriented people (DOer’s) have such amazing qualities. They make sure work not only gets completed, but completed correctly and on a timely basis.

Detail-oriented people take great pride in their work, and often describe themselves as having “perfectionist” tendencies. Making something only “good enough” can cause a good deal of stress for them (more on this in part 2 of this series) – that’s just not who they are.

In other words, as stressful as it would be for a big-picture person to follow a process thoroughly, it can be just as stressful for a detail-oriented person to “just make it up” as they go along.

The Perfect Storm for Creating Conflict

The first step in overcoming this conflict is to “get” one another’s value proposition.

Some big-picture people struggle to appreciate detail-oriented people fully, because for many, it reminds them of who they are not, and who they think their more detail-oriented co-workers think they should be able to become (wow, that’s really meta). They may even feel judged. So, big-picture people, get over it! Embrace who you are, and appreciate the people who help make your great ideas come to life. You are not intended to do or be both. That would be serving two masters.

Big Picture People, to show your appreciation for the detail oriented people (or DO-er’s in your life), look more closely into learning their business love languages (more on this in a future post). In other words, not everyone feels appreciated by praise or worse for some, a thank you gift. In fact, for some people, either of those signs of appreciation can really be a turn off. Imagine hoping to be appreciated, but never feeling it. Doesn’t want to make you sign on for your next great idea, does it?

From the DO’ers, I have sadly heard this from some of you before “I’m not very creative, or, “I’m not as creative as Sandra.” I say “bullhocky.” Just as the BP’s are carrying baggage around from being labeled procrastinators, many detail oriented people very erroneously got sold a bill of goods that they are not creative.

DO-er’s are amazingly creative *inside* the sandbox, and Big Picture people enjoy being creative *outside* the sandbox. What do I mean by that? BP people like challenging assumptions, shooting for audacious goals if not the seemingly impossible, turning concepts upside down, thinking sideways. They actually get jazzed when someone tells them something can’t be done – that’s the fire that fuels their creative juice, baby! When a BP person steps *inside* the sandbox, they feel like a fish out of water. They don’t get all those details. To you, they seem disinterested by details, when in all honesty, that’s just not their ecosytstem. They are a desert dweller that does not thrive in the jungle of details that you navigate so darn well.

DO’ers, your playground is *inside* the sandbox. That’s your domain. That’s where you rock. In other words, you are subject matter experts in your area. You know best about how to operationally succeed at the actual goal.

When you think “concept” that’s like John F. Kennedy proclaiming, his vision of: “…before this decade is out, of landing a man on the moon and returning him safely to earth.”

Next think NASA engineers and administrative staff – the Do’ers that made it happen.

That being said, listen up BP’s and Doer’s: Having an idea without amazing execution is like having a financial plan without implementing a single recommendation – practically useless. While BP’s can speak the concept into being, it’s the NASA engineers and admin staff that make it into being.

What if JFK said halfway through the mission – “but what about Mars also?” Can you Big Picture people see where we demotivate our team when we add more stuff before the first mission is accomplished?

Point is, having a great idea without execution doesn’t mean that the BP person or their idea is useless. It just means a team approach is needed to achieve amazing results for the “best of” the great ideas (as admittedly, not all of them are worth pursuing).

So How Can we Get These Two Types of Team Members Executing Together Happily?

The next step, if it isn’t painfully aware yet, is to celebrate the continuum.

If I, as a big-picture thinker, am low on follow-through, there is no judgment there, because I rate very high on kick-starting new ideas and projects. That’s just where I am. Does it mean I need to strive to increase my ability to follow through? No. Does it mean I have to change who I am? Sorry, but no again. The goal isn’t to change our inherent nature, but to change our collaboration strategies.

If I, as a detail-oriented person don’t feel comfortable moving forward without having answers to my key questions like “How do I go about doing this?” or “Why are we doing this?” or “What does success look like to you at the end of this?,” that does not mean I have a lack of imagination. That just means, I am trying real hard to help you articulate your vision, so I have both enough as well as the right details so I can now get creative inside of *my* sandbox.

If you are with me on embracing your strengths and those of your counterpart, then you are ready for some boots-on-the-ground strategies.

Next up in the series, we’ll look at some common scenarios that create conflict between BP’s and DO’ers and specific tactics to help you enjoy the way you work together. 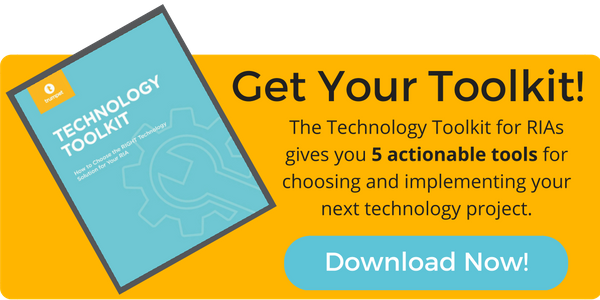